Neoclassicism is a form of art that arose in the 19th century as a complete opposition to Rococo. It drew it's inspiration from of classical art of ancient Greece and Rome and became a reinvention of the unique antique art style that at the time became a hymn of the Enlightenment period in spirituality and philosophy It touched every aspect on it's way: painting, sculpture, theatre, music and architecture.

It's usually defined by simplicity in forms and lines, crisp vision of the objects, big emphasis on light and minimal use of colour. It grew it's popularity also thanks to the Grand Tour (a tradition for upper class to take a big tour around Europe) where it was popular to collect little antiques along the way. 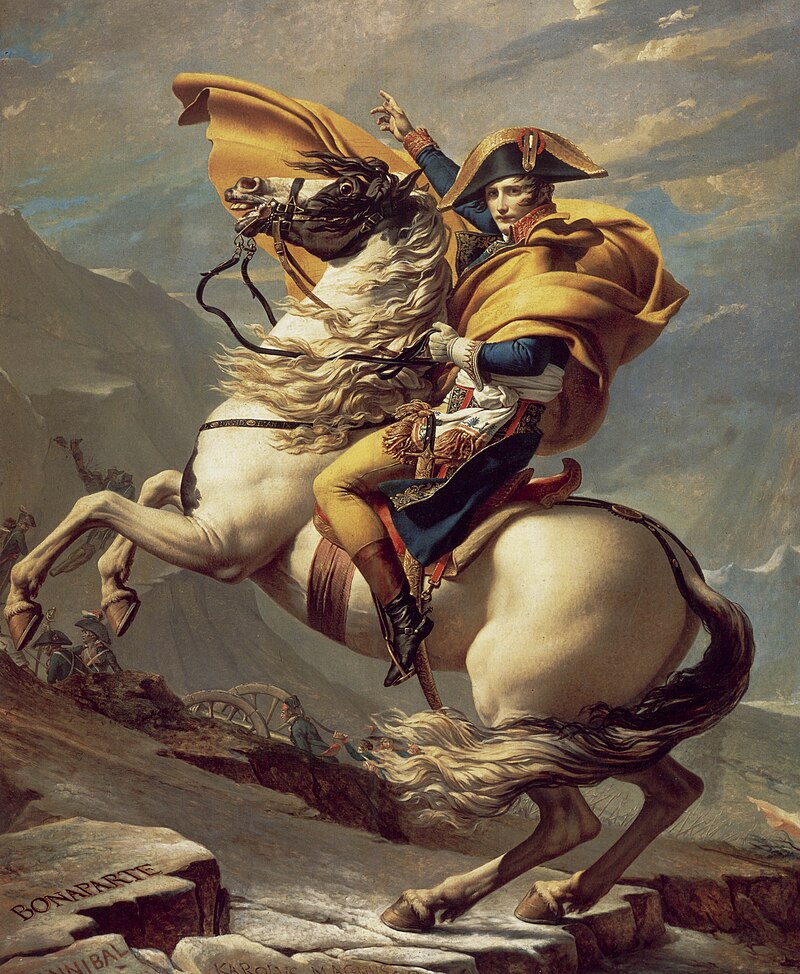 Probably the biggest name in Neoclassicism. His works usually considered to be a monumental example of this period. Hew drew over 300 students to his school and wished to extend this Neoclassical era beyond his death. 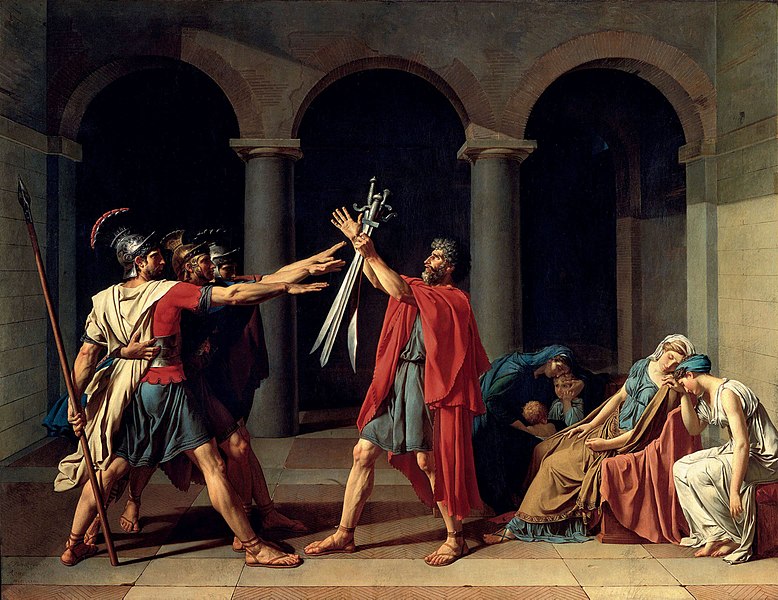 A pupil of David's school and a true devotee of the classical art style. He perceived himself as conservator of this technique that included lots of straight lines and clearly defined forms. 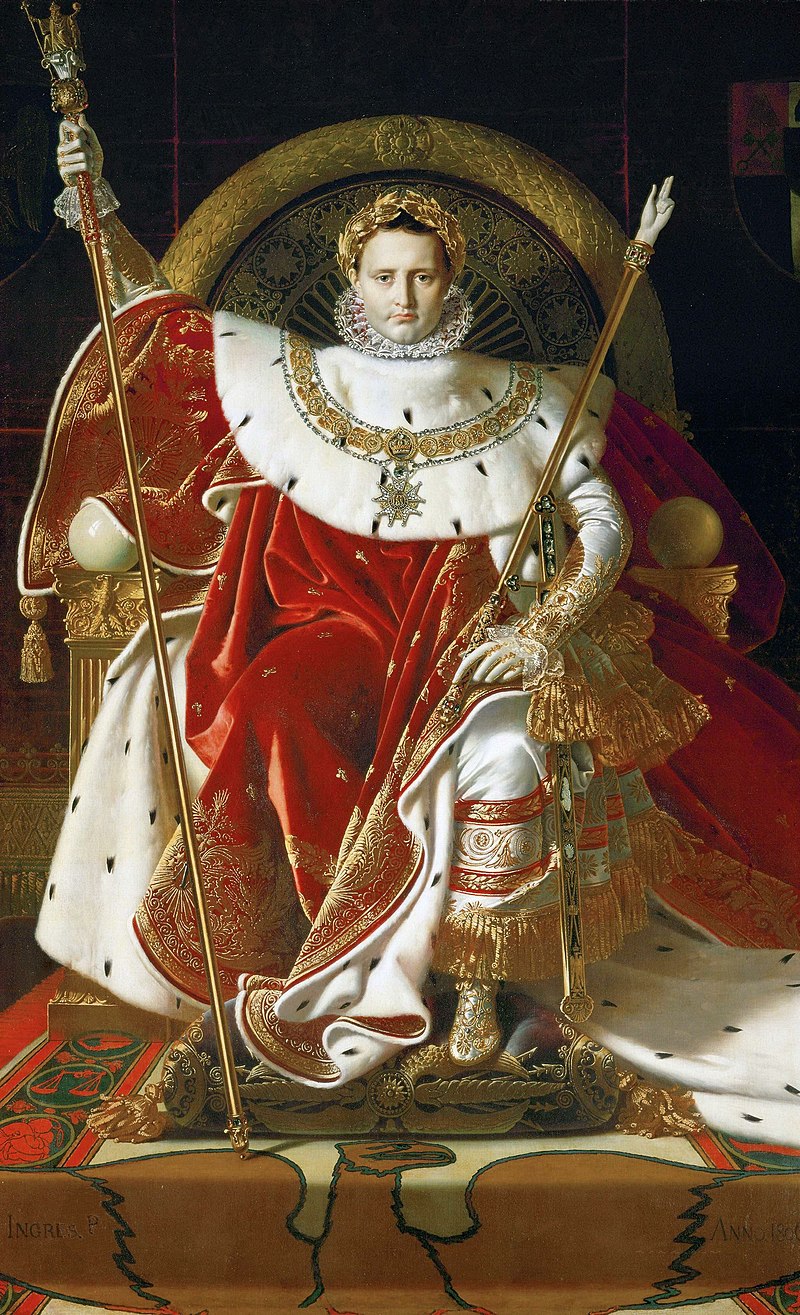 Also a follower of David's school she became a quite popular painter at the time and eventually got commissions form the Bonaparte family.

Another female student of David that had often worked on pictures that included male nudity and was as often attacked by critics because of that.

An academic painter that used a lot of mythological subjects to put a modern twist of the classical form. He also put a great emphasis on the female body in general.

As you might have guessed the general architecture style at the time grew a lot from the classical era and relied hugely on the archeological findings. A huge push in the growing popularity was gained after the excavation of Pompeii. The first architecture works were presented in the Louis XVI style.

The second wave came after the french revolution in the form of Directoire style that drew a lot of it's values from republican Rome. Minimal carving and decorative painting became defining marks. Arc de Triomphe in Paris would be a great example of that era. 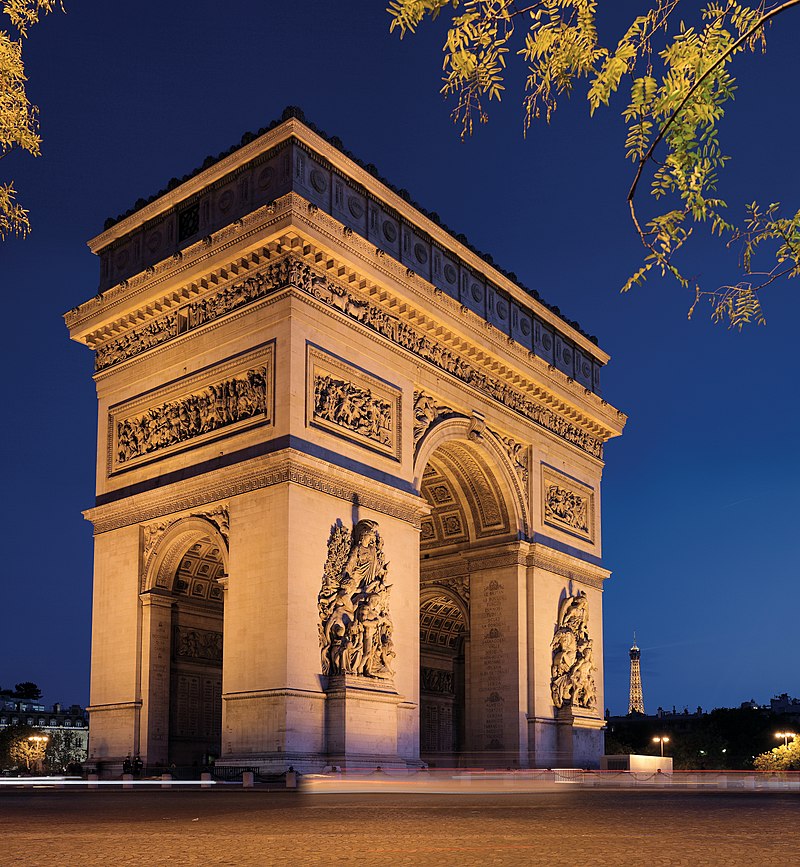 Generally Neoclassical architecture tends to emphasise it's planar elements and, as was mentioned above, they tried to overextend the purity of the roman and greek architecture styles.

As everything about neoclassicism in general the same rules applied to music where composers of the time tried to oppose themselves to the romanticism. They perceived clarity, balance and emotional restraint. They chose stability in arrangement and overall composition over experimentation. If we start putting labels it would be a music form classical period (18th century), inspired by the Baroque style (17 century) There is some popular names you could follow: Igor Stravinsky, Sergey Prokofiev, Bela Bartok. Sculptors of the time had a big overall success and gained much fame. It all happened thanks to the excavation of Pompeii that stroke interest again in classical forms. Defined by their symmetry, monumental scale and rather plain surfaces that left very few options for the light to take a play on the subjects.

The subjects themselves though ranged quite a bit from actual people to the heroes of the past and even mythological creatures. All of them were captured in both either very idealistic or realistic manner. Patriotism, heroism and virtue were the main themes.