Sometimes called Late Baroque Rococo is commonly known for it's very theatrical feeling, asymmetrical ornaments and curves, soft colour palette and gilding. It came about in 1730s as a protest to more formal French Classicism. It's popularity though hadn't had a long run. By the end of the 18th century it started to decline very rapidly and by the beginning of 19th century it became obnoxious due to it's speciality. 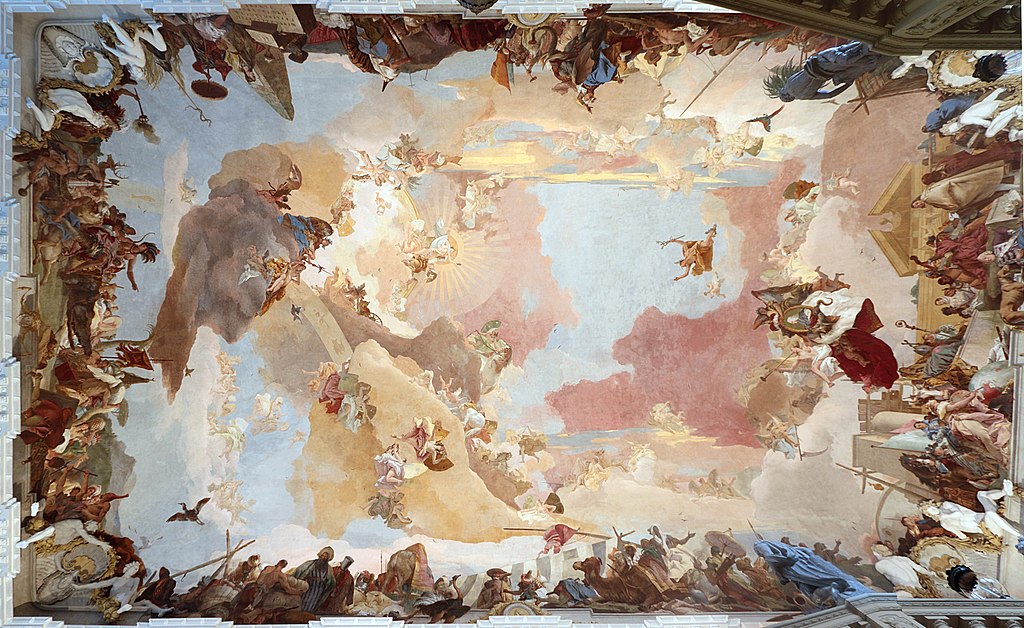 French painter that is known for it's idyllic and voluptuous style of paintings. Probably the most popular painter at the time. 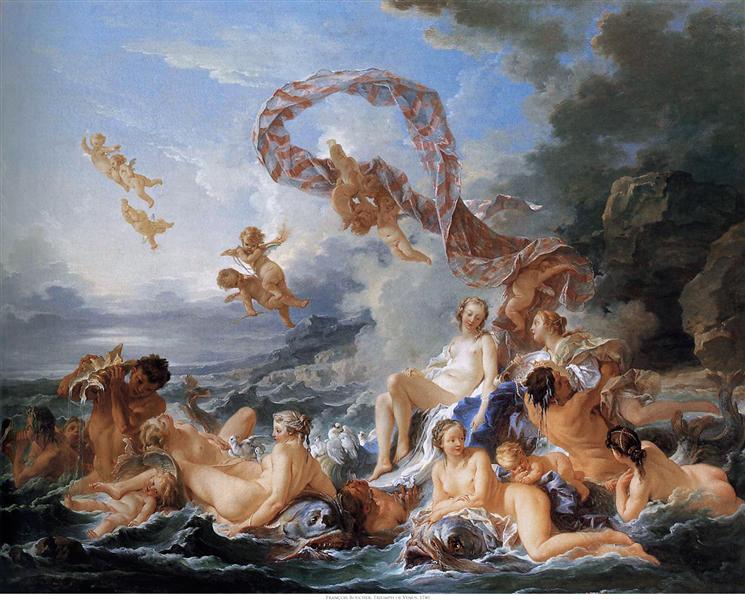 Another French painter that strikes with exuberance and hedonism. He produced over 600 works just in a few decades! Yet another French painter. Mostly a portraitist and a miniaturist that has portrayed most of the ladies of the King Louis XV's court.

French painter that is credited for inventing fete galantes. His vision catalysed the return of the public interest to colour and movement, revitalising the Baroque with Rococo.

French painter that is mostly known for his exquisite and delicate landscapes. Though his fame came rather with the engravings of flora and fauna that were used for porcelain, textile, silver and so on. 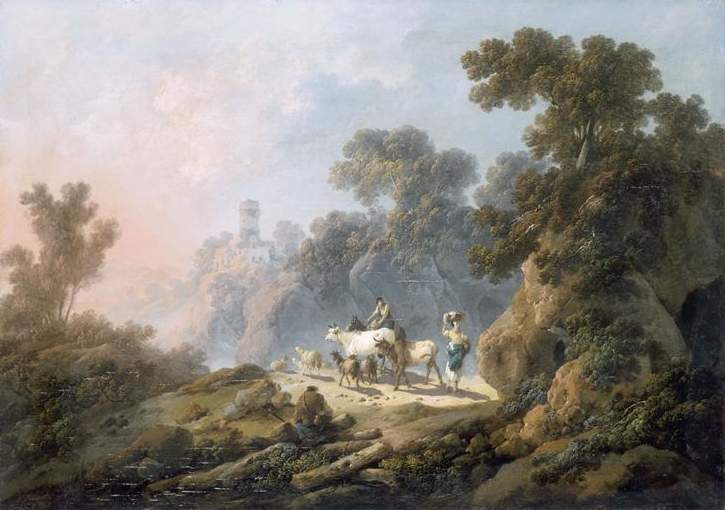 Rococo Architecture just like the Rococo style in general was charming, romantic and delicate. Rooms were oval in shape, asymmetrical ornaments often shaped after plants or shells. Gilding (putting a thing layer of gold on objects) was also a natural part of Rococo, same as pastel colour paintings full of light and brightness.

France is a crib of Rocaille style. Where it was originally made to impress the guests of salons and with it's lavishness. French Rococo is known with it's complex ornaments and gilding. 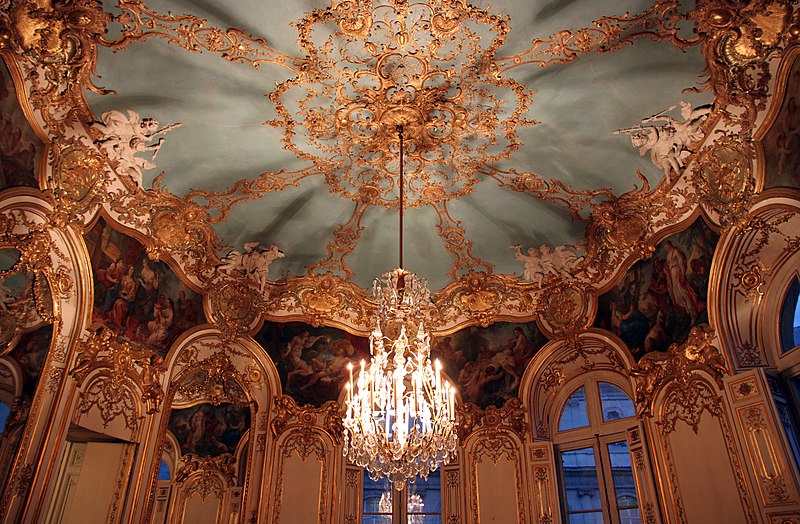 Italian Rococo has a similar feeling to a French one, but the usual ornaments become painted rather then made of metal or plaster. Sometimes very massive frescos were applied on the ceilings of palaces and cathedrals.

In Russia the Rococo was introduced by Catherine the Great and used a lot to glorify the imperial country. This is where all the gold and massiveness in counter-play with simplistic backgrounds  comes from. 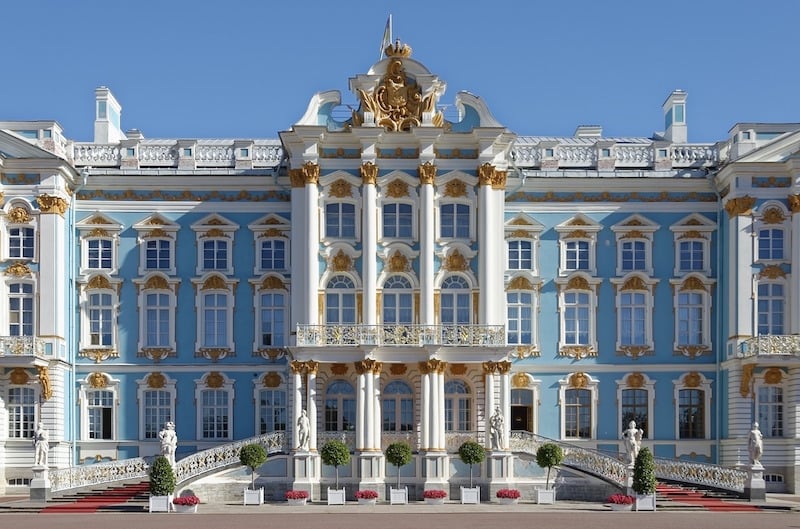 German Rococo is considered to be more asymmetric than the original in France.  Every from and element dissolving into one another. Molding seems to have no fixed angles and flows in any direction.

As Rococo style being an ascendant of the Baroque they seem very alike at first glance, but there is a few key differences: